Ensuring water for Central Oregon for generations to come

As part of Central Oregon Irrigation District’s (COID) plans to modernize infrastructure and conserve water, construction of Phase I of the Pilot Butte Canal Piping Project is anticipated to begin in late September 2020. Substantial construction work, drilling, blasting, and installation of pipe will begin after irrigation season shut off on October 1.

The piping project is part of COID’s System Improvement Plan to implement water conservation practices and support sustainable agriculture. During the irrigation season, COID loses up to 50 percent of water to evaporation and seepage from canals and laterals. Piped canals mitigate these losses and conserve a significant portion of the water.

Phase I improvements include converting 5 miles of open-ditch canal on the J-Lateral into an underground, closed pipe system. Construction of this phase of the project will take place during the fall and winter to minimize impacts on the irrigation season and is planned to be completed in Spring 2021. In addition, approximately .45 miles (2,200 linear feet) of pipe will be installed on the G-4 Lateral in the northbound lane of 17th Street. This portion of the G-4 Lateral work is not constrained to seasonal restrictions of installation during the off-irrigation season and will be completed in conjunction with a Deschutes County road improvement project.

What to expect during Phase 1 construction: 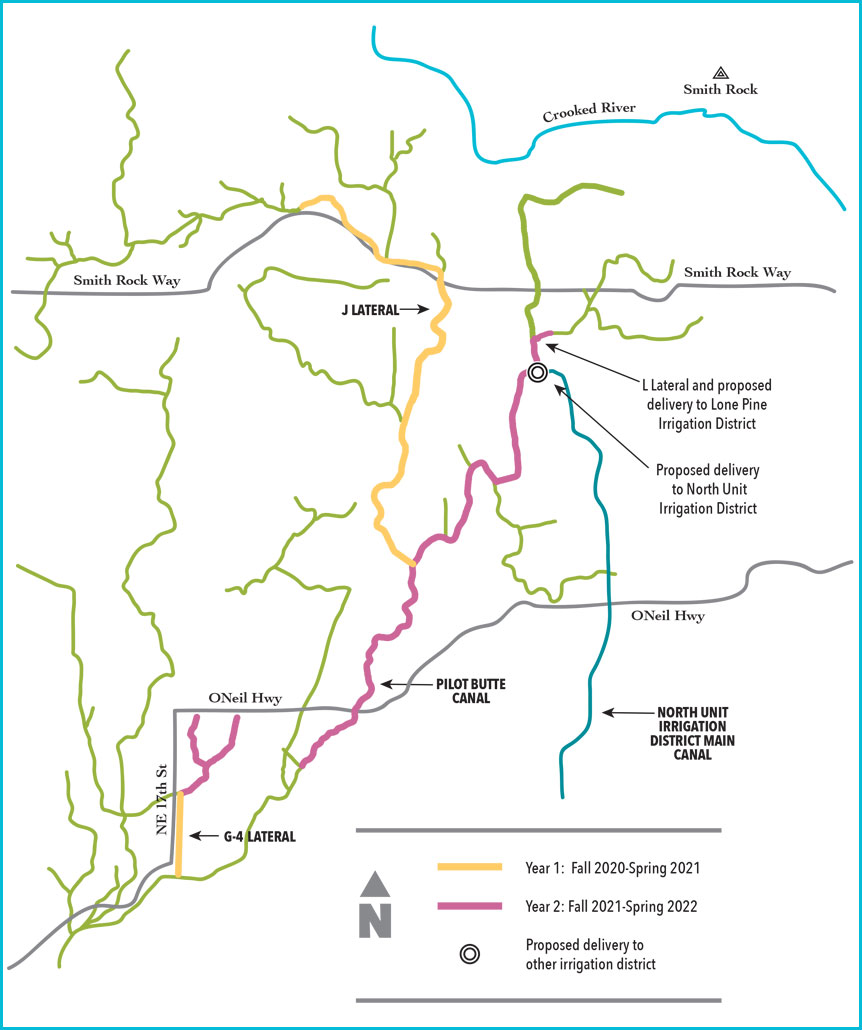 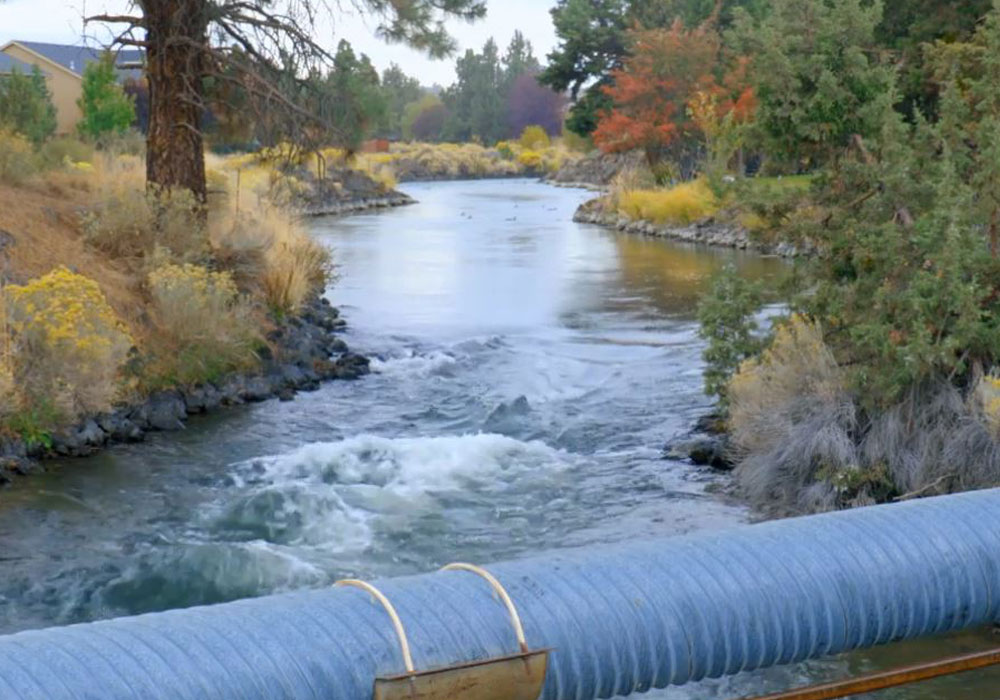 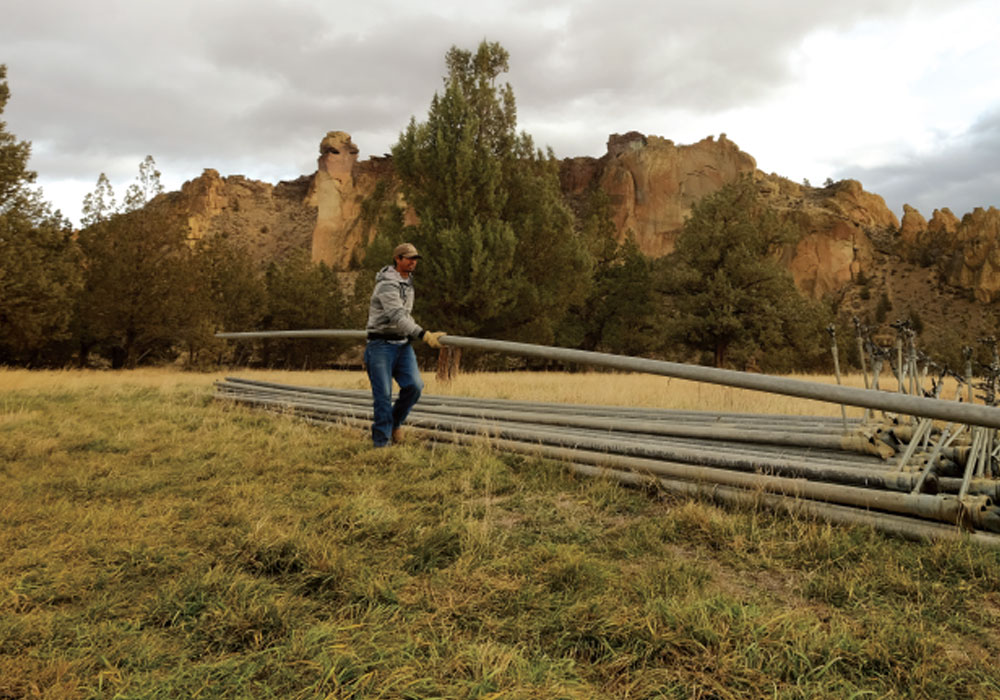 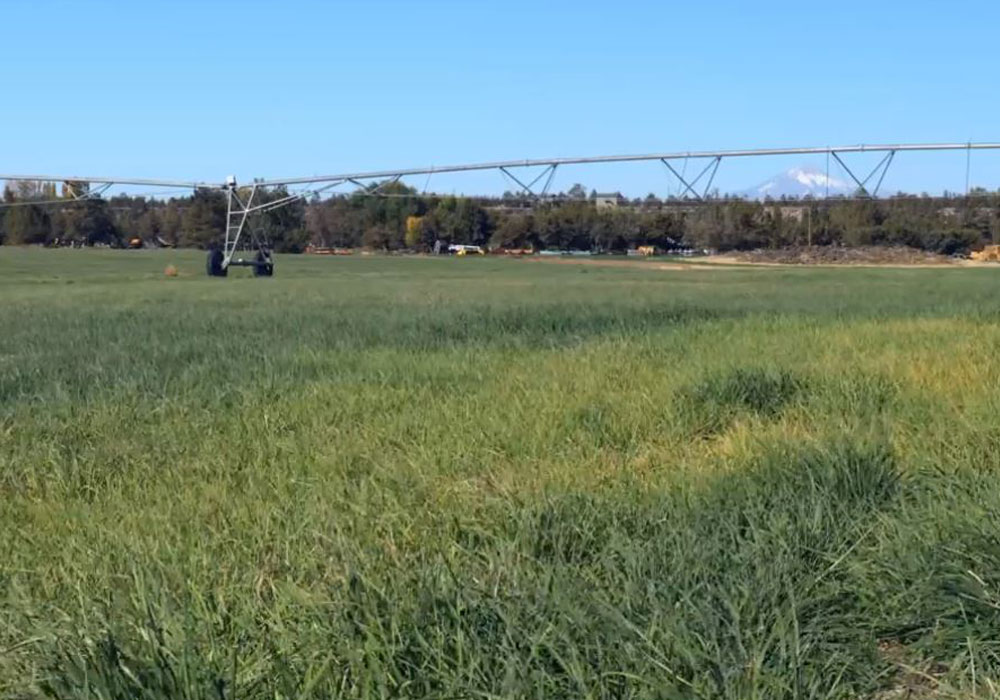 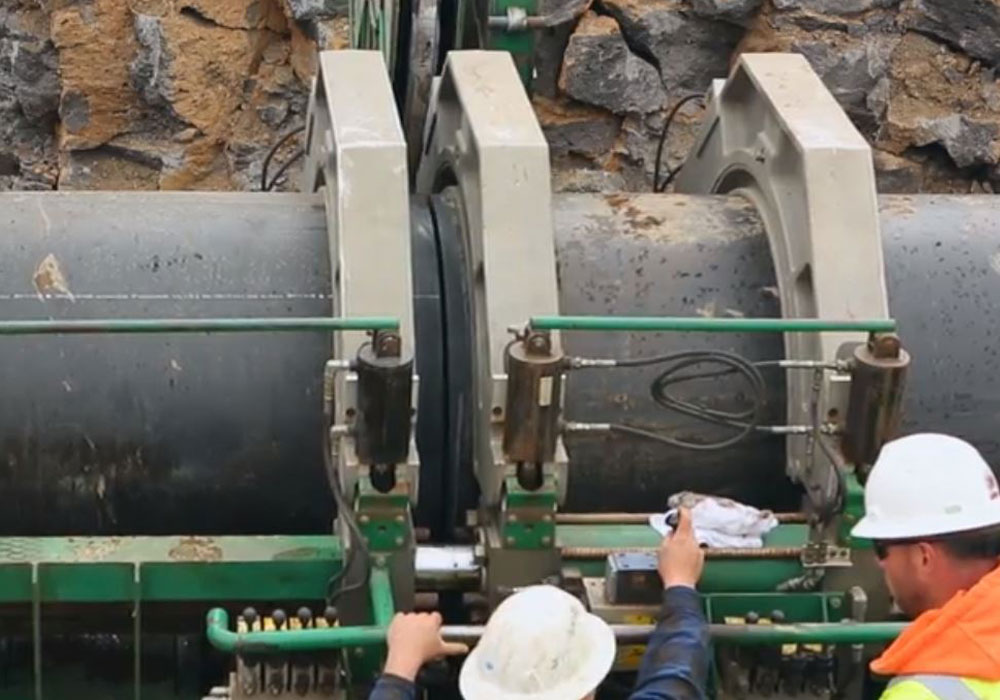 Why is COID piping canals?

Piping is critical for a modern irrigation district. During the irrigation season, COID loses up to 50% of water to evaporation and seepage from canals and laterals. By piping the Pilot Butte Canal, COID can conserve a significant portion of this water to benefit fish and wildlife in the Deschutes River ecosystem, support sustainable agriculture, save our patrons money, and help Central Oregon better manage its water resources for the future.

What is Phase I of COID’s Pilot Butte Canal Piping Project?

The Phase I Smith Rock area provides the greatest opportunity to make significant improvements to all facets of COID’s irrigation system. When piped, the Phase I will immediately conserve 30 cfs while creating operating efficiencies for over 300 patrons and save an additional 30-40 cfs over time.

Where is the project located?

The Phase I piping project will take place along approximately 5 miles of the Pilot Butte Canal, starting at Smith Rock Way. See map.

What is the cost of Phase I of the Pilot Butte Canal Piping Project?

How will this project benefit COID patrons and the community?

During the irrigation season, the Pilot Butte Canal loses up to 50 percent of water to evaporation and seepage. Piping the canal will mitigate these losses and conserve a significant portion of this water, providing more efficient delivery to customers.

Why is the canal being piped rather than lined?

There are two main reasons COID chose to pipe over lining:

What happens to the aquifer when you pipe the canal?

Piping canals may reduce localized recharge to the aquifer, but at a small scale in relationship to the vast groundwater resource. Aquifer recharge from canals has been happening since the canals were built.

How will piping the canal impact wildlife?

In its current state, water is in the canal April through October. Wildlife is used to not having access to water six months out of the year and will continue to seek other water sources like ponds and natural water bodies.

How is this project going to affect my property?

COID is committed to working with property owners to address all concerns.

Is COID going to be working on my property?

COID staff and our partners have thoughtfully considered the impact this project may have on residents and properties that border this section of the canal. COID will do its best to minimize impacts to adjoining properties and irrigation customers during construction.

Central Oregon Irrigation District (COID) is the second largest irrigation district in the Deschutes Basin of Oregon, currently irrigating approximately 42,133 acres from its river diversions (exclusive of direct river withdrawal systems). With over 3,700 users, COID has the greatest number of patrons in the Basin. Established in 1918, COID supplies water from the Deschutes River to the Bend, Redmond, Terrebonne, Alfalfa, and Powell Butte areas. There are two primary canals: the Pilot Butte Canal and the Central Oregon Canal, that, along with all the lateral and sub-lateral canals, form a network of over 370 miles of canals. 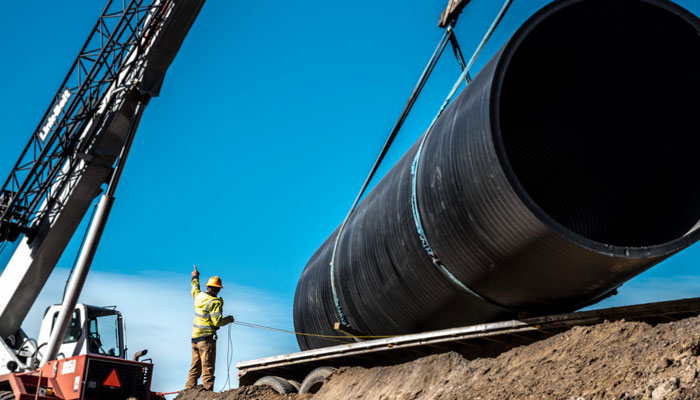 Central Oregon Irrigation District operates and maintains over 400 miles of canals that collectively deliver water to approximately 46,222 acres of productive land. The volcanic nature of the Central Oregon geology results in the propensity for seepage losses in many areas of the COID canal system. To become more efficient, COID has analyzed its entire system through a comprehensive System Improvement Plan (SIP). 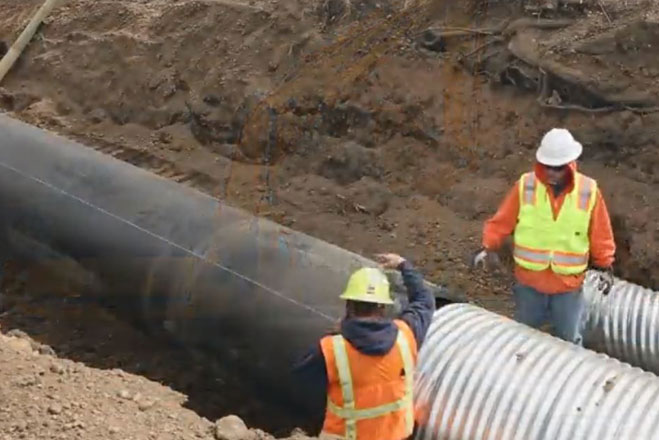 Purpose of a System Improvement Plan

There are two primary alternatives for the mitigation of seepage losses: lining our existing canals or replacing the open canals with buried pipe. In our study, a 50-year life-cycle evaluation of lining versus piping alternatives revealed that lining may be less expensive to implement in its first installation cycle than piping. Canal lining, however, requires significant maintenance and replacement cycles that ultimately cause it to exceed the cost of piping over time. 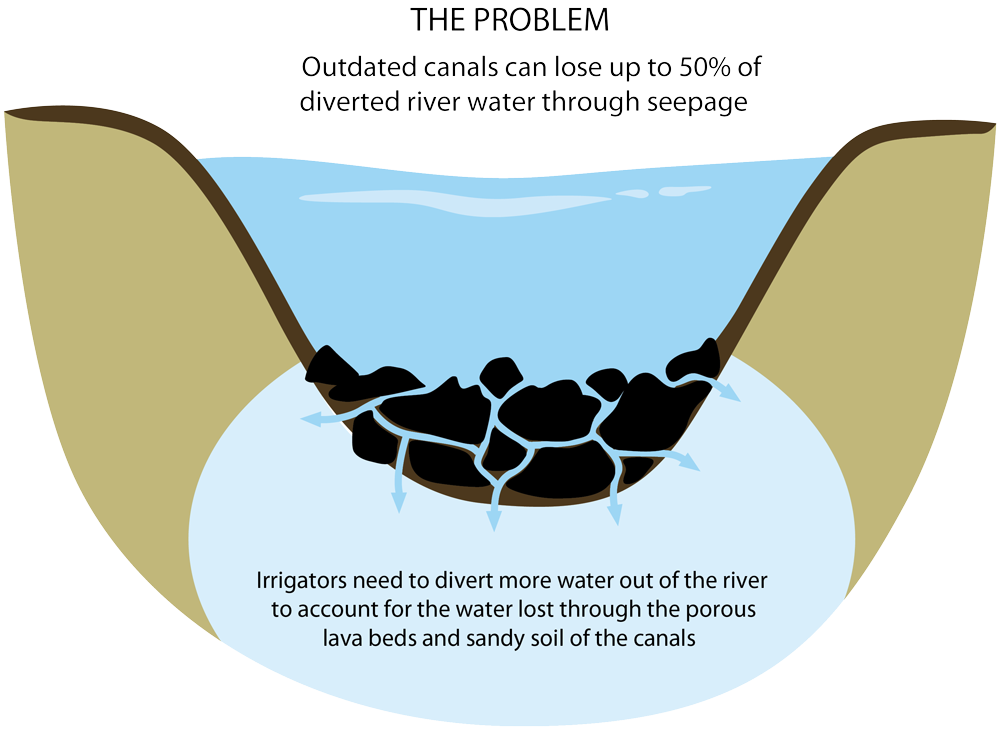 Coupled with the approximate 700 feet of elevation differential across the district, piping is the preferred choice for responsible water management because it supports the following:

In addition to pressurized deliveries, reduced energy consumption, power savings and reduced maintenance cost, this elevation differential will allow for potential hydropower opportunities to help fund our water conservation and restoration projects with the benefit of clean, renewable energy.

By piping COID’s two main canals, the District could conserve 82,752 acre-feet of water. This is a significant amount of water – equal to an increased flow of 276 cfs in the Upper Deschutes River the winter months. 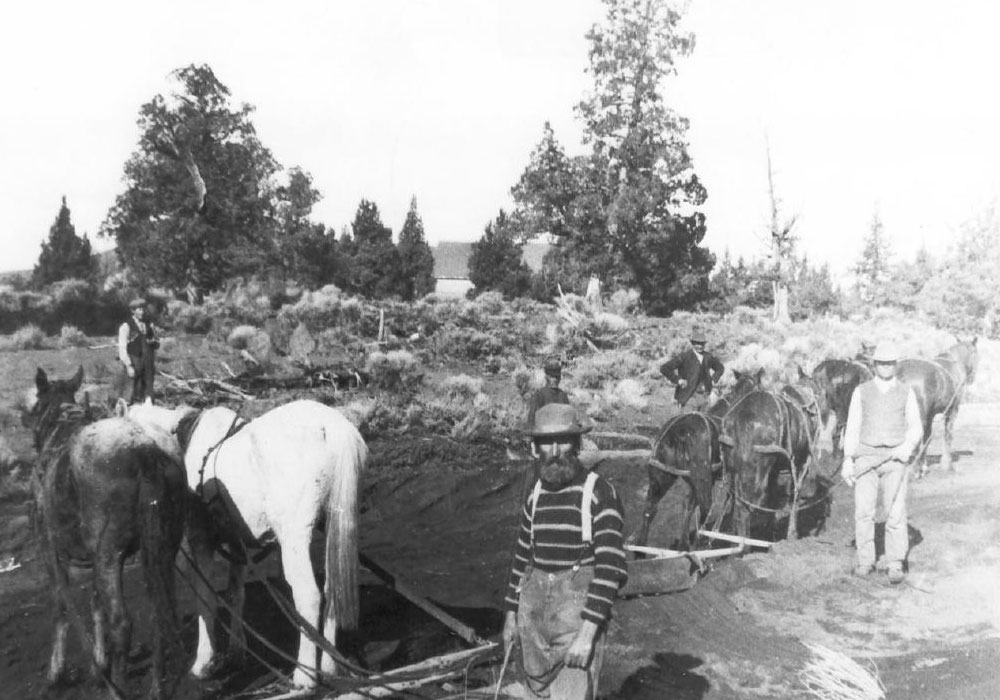 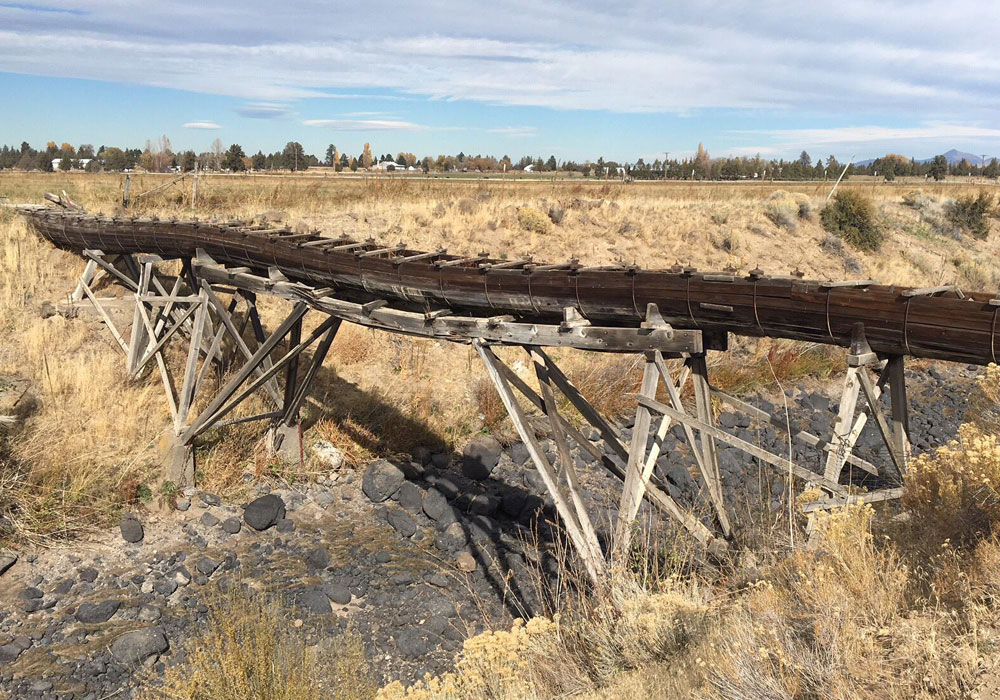 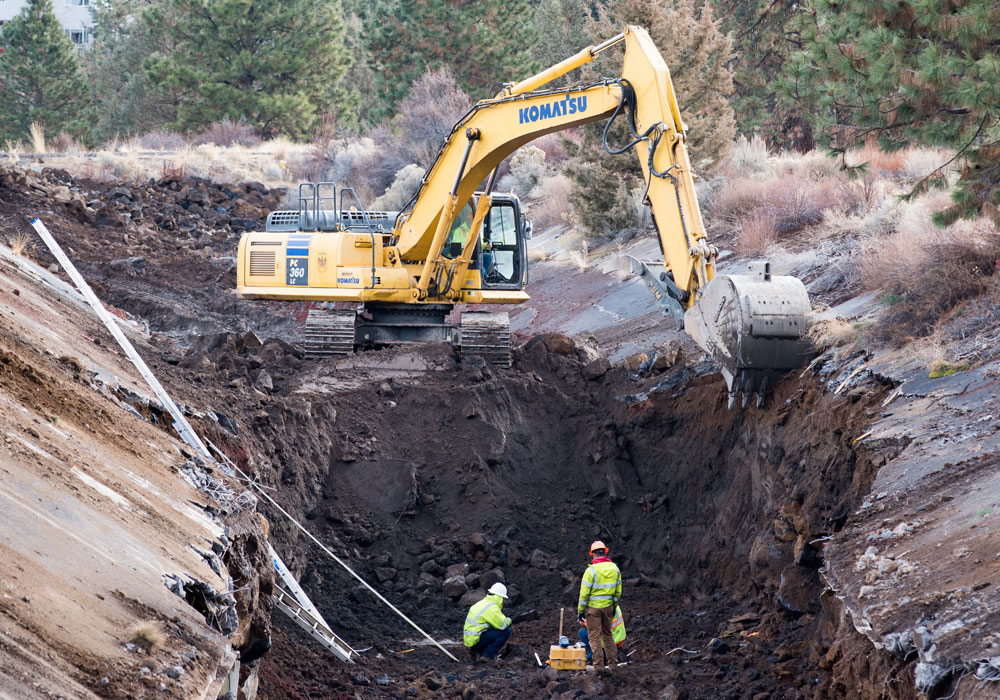 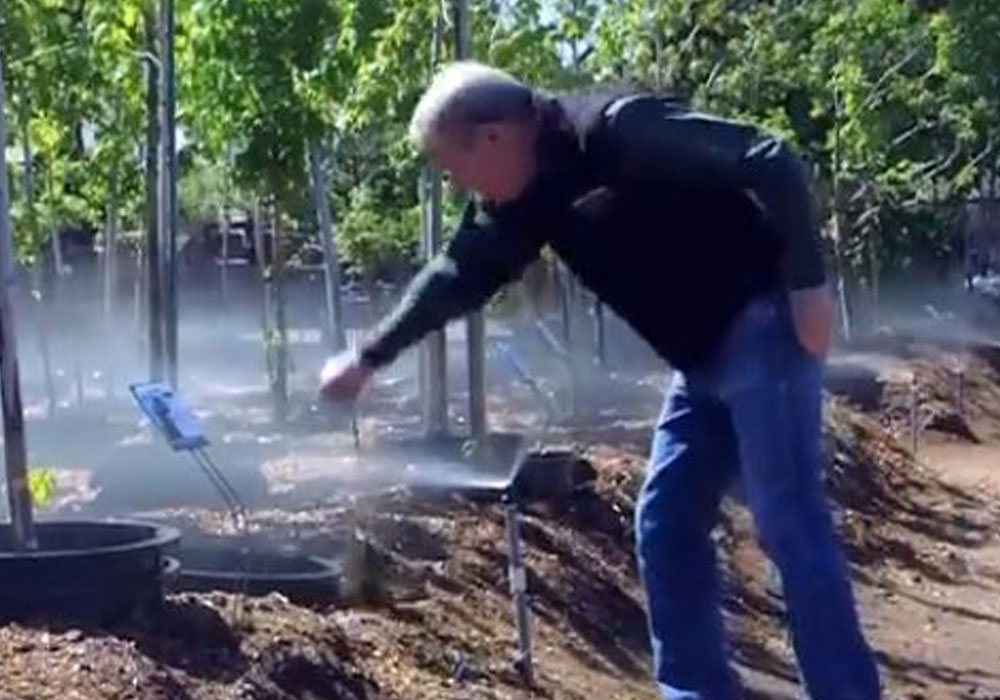 Throughout our history, local, state, and federal agencies, agricultural and conservation groups and other stakeholders, have supported Central Oregon Irrigation District’s efforts to responsibly manage our water supplies. Their support has been invaluable. We plan to continue to work closely with these groups and many, many others as we implement our System Improvement Plan.

Deschutes Basin Board of Control

Oregon Department of Fish and Wildlife

The Bureau of Reclamation

The City of Prineville

The City of Redmond

The City of Bend

Thanks for joining us!